We had a great day with a great result in the baby group! 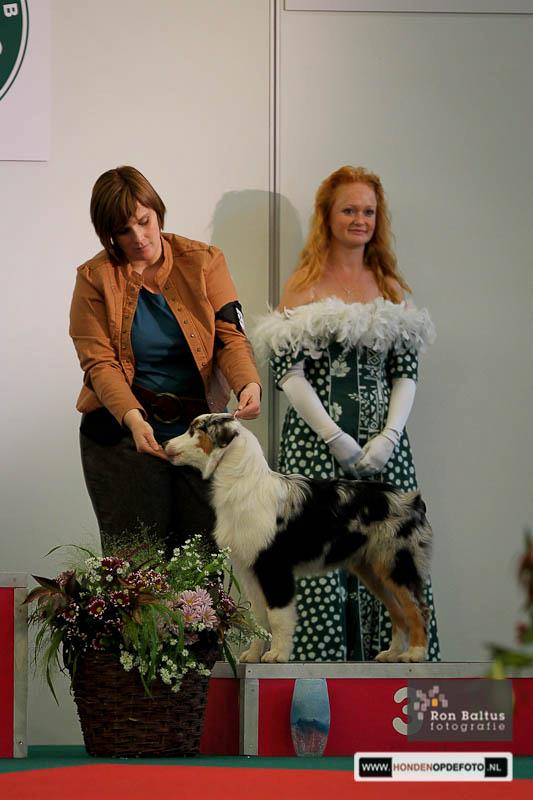 Under judge P. Machetanz (D) Thorn entered his first Youth class at 9,5 months. It was a heavy class with 8 (older) dogs. Thorn did great and became 2nd!

But also Taboo (Aussiepride Destination Threedreamz) was entered in his first FCI show. In baby class off course, and he became 1st baby dog and best baby of the Aussies.

Next came the Best Baby group judging with mrs A. Whitmarsh(SE)

Taboo just didn't stop showing and wiggling his but and..

We are so proud of the little wiggly bum!

Thorn in the class judging