In the Weekend of 10-11 April 2011, we visited the LASC Awesome April Event in Geel, Belgie. This is one of the Aussie Specialty shows in Europe organised under the rules of ASCA. Both Days about 150(!) aussie entered and about 25 baby/puppies. For these events, Only Aussie breed Specialists are invited to Judge.

We entered both Breezy Thorn Valley Cyllene (Cyllene, 14 weeks) for one day and Roses and Dreams Against All Odds (Thorn, 8 weeks old) for both days.

On saturday, Thorn became 1st in 2-4 monts Male Class and Best of Breed Puppy! On Sunday, Thorn was also placed, 4th in a large class! 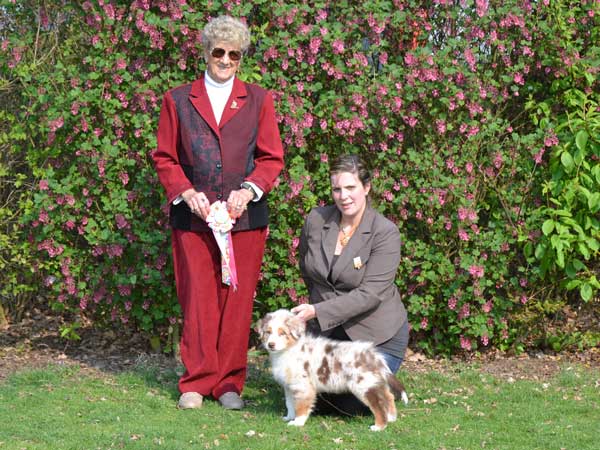 Cyllene was only entered on Sunday, no placement, but have a look at the spectacular movement photo's!!